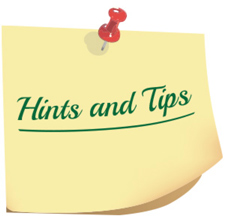 As numerous studies have proven, magnetic field therapy often supports the traditional use of medication. Due to improved circulation, the active ingredients in the medications can reach the cells in the diseased organ more efficiently and in a higher concentration. The increased effect and, therefore, lower needed medication dose can result in reduced side effects. Studies with antibiotics, cortisone and insulin have shown improved effect while applying MRS treatments at the same time.

What is the effect of magnetic field therapy with a vaccination?

It is important to understand that the endogenous immune defense system is a very complex system. Medical science is still searching for the mechanisms that activate or deactivate it. If we have a cold, it is caused either by bacteria or viruses. The only problem is that if the body’s immune system were intact, not a single microbe would have a chance of survival. The reason for a cold, for relapsing fever or Herpes is not a weak immune system, but a “momentary” lapse in the immune defense system. This means that the immune system has been paralyzed before the infection. Whether this is possible because that person was chilled (“cold”) is irrelevant. However, from the competitive sport sector we know that for instance athletes who are preparing for competition frequently suffer from Herpes infections up to 6 times a year. The risk of respiratory infections also increases at high levels of training. Animal experiments have also confirmed that in stress situations, the immunity decreases for 1 to 3 days with the result of an increased risk of viral and bacterial infections.

Regular magnetic resonance stimulation not only balances the autonomic nervous system and thus, reduces stress it also activates specific immune bodies and protects the originally intact immune system from weakening or from a momentary lapse. The resonance effects with magnetic fields are responsible for the success of the treatment. As mentioned above, our immune system is influenced to a great extent by our general physical and emotional condition. We know that stress has enormous effects and often becomes the basis for many diseases. If the immune system reacts too intensely to harmless stimuli, we call that an allergy. If it runs “amok” and attacks the body’s own organs, we call this an autoimmune disease.

By the way, in case of an oncoming infectious disease like shingles or the flu, assisting the immune system to reach its highest alert very quickly, can be achieved with the following MRS protocol, according to some of our Munich MDs:

Use the mat for two days every two hours for 4 minutes with an intensity level of 10%.

Give us a review on Google and recieve $20 off your next Package.
(Email us or call us after your review is posted to recieve your discount!)